We saw a bunch of birds feeding outside the kitchen window: two kinds of woodpeckers, a nuthatch, some finches, an Eastern bluebird, and the grackles (of course). I got excited, grabbed my new camera and tripod, put on an Irish wool sweater (it’s only 29 degrees Fahrenheit out), snatched a folding chair from the garage, and staked out the hanging birdseed bell. I stayed half-hidden behind a large garbage bin.

I sat. I sat some more. Oh, I could hear them, but I couldn’t see them. Except one… High on a wire. I’m fairly certain he was a scout sent to check if the coast was clear.  He was chit-chitting at me.

Eventually, defeated, I packed everything up and went back inside.

Some of the birdies came right back. Of course they did. 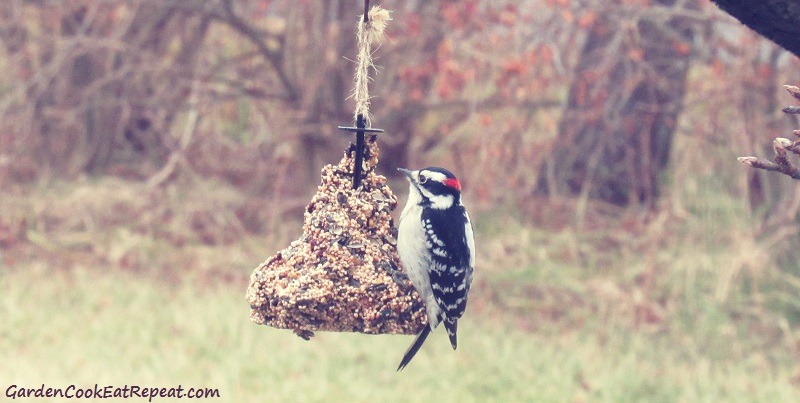 Woodpecker #1 – A Downy Woodpecker (or in French, Pic mineur) 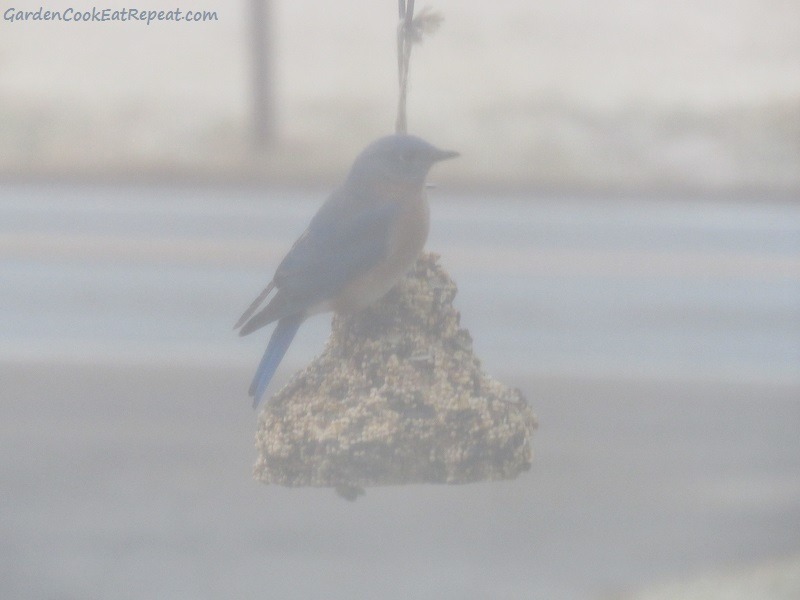 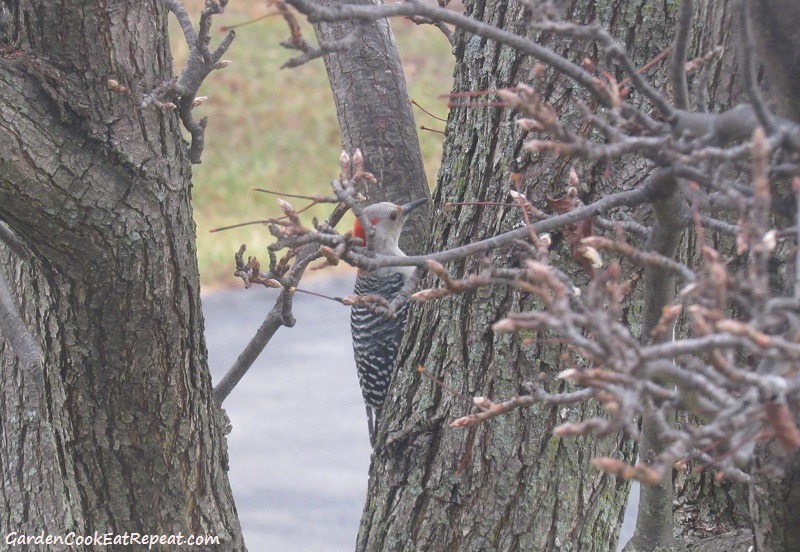 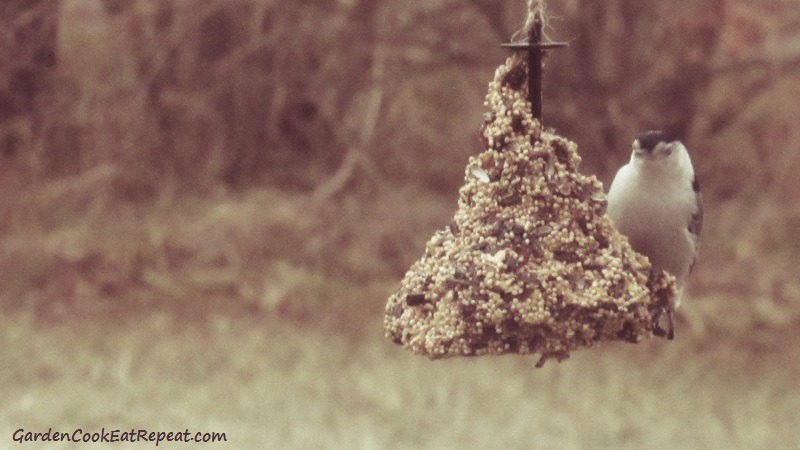 A Nuthatch – How YOU Doin’? 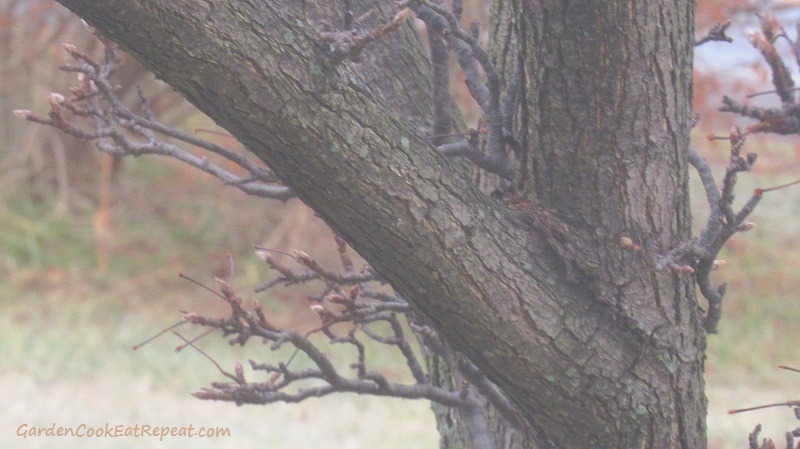 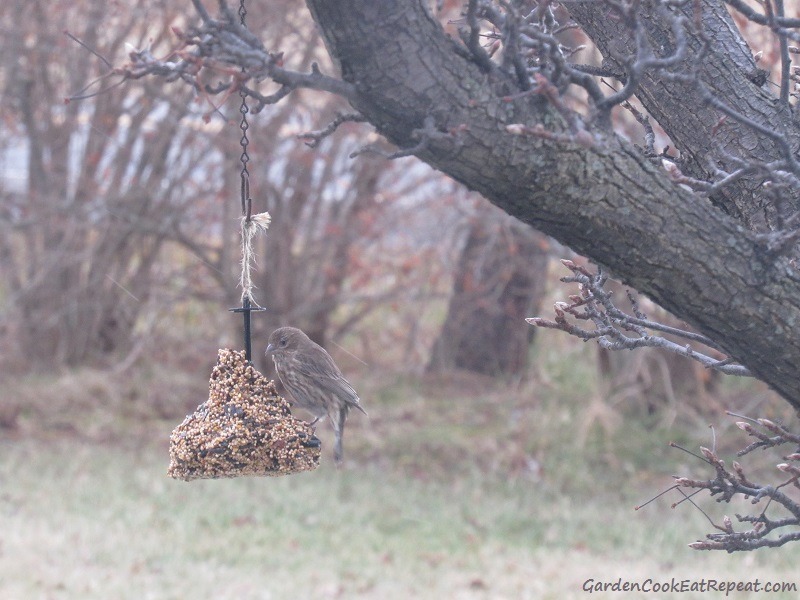 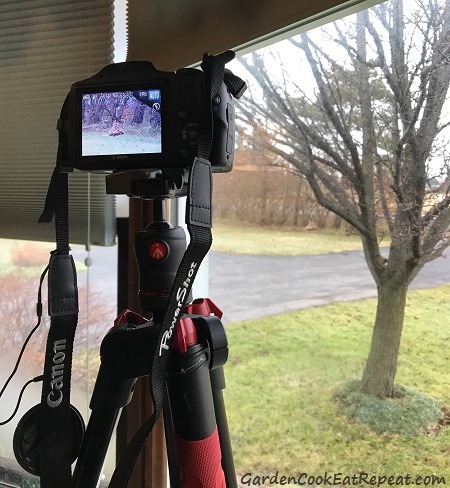 Compromise (This taken with iPhone camera)