Here is an update to the seeds started on March 17th (full list here): Some sprouted with vigor! 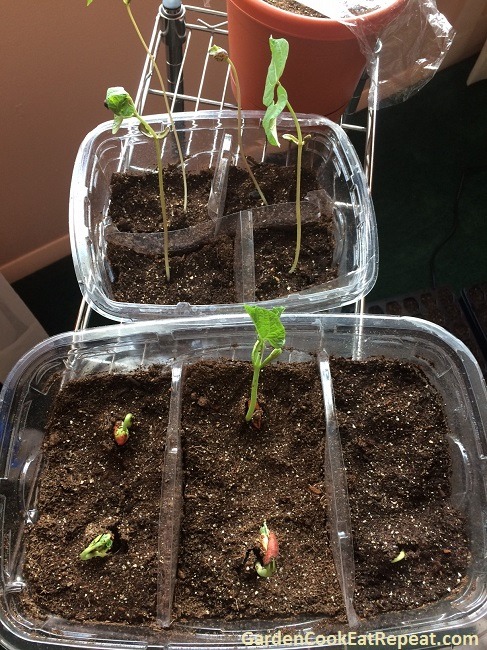 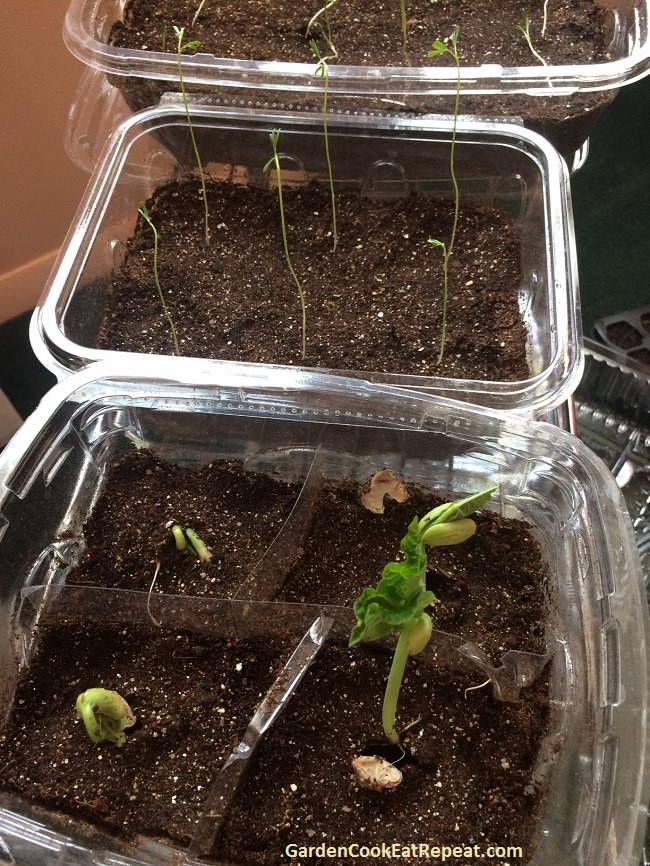 Even the French green lentils (pictured above with Hank’s Xtra Special baking beans) have sent up thin little sprouts. The corn put up mighty shoots and my Fuerer Kegel Beets are sprouting (see below). The celery (below), marigolds (below), and spinach are making an appearance, too. 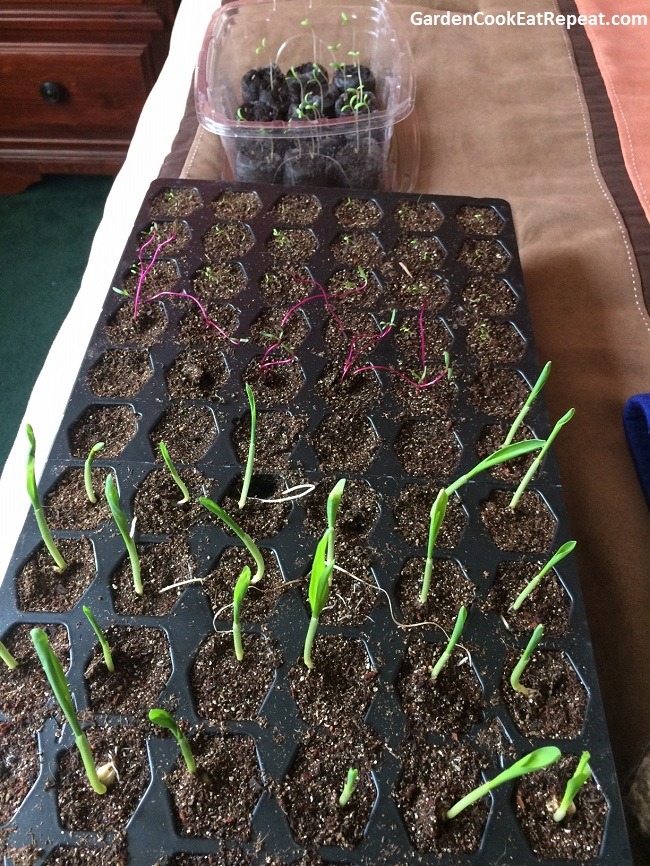 Oh! And I’ve sprouted a garbanzo bean in a pot! 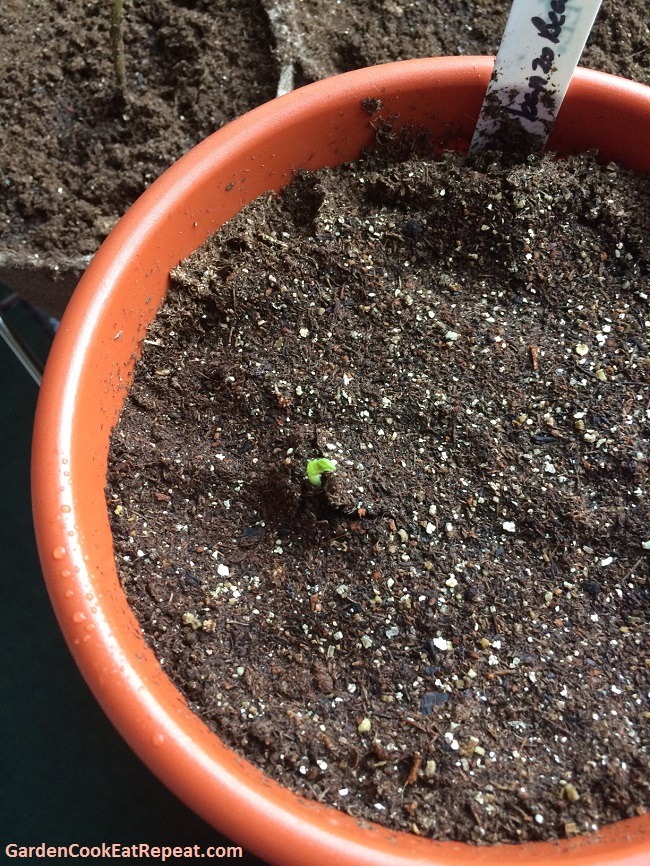 What I’m worried about: the tomatoes, cucumbers, and zucchini. Just a couple have come up. One zucchini thrust up mightily, then… well… It got too wet from the condensation on the inside of the grow tray cover. I didn’t heed the warning signs. It wilted and died. 🙁 Fail.

The peppers are always a crap shoot in my part of the world… Even if they sprout and are transplanted, they don’t always do well in our climate / soil. This year I’ve planted four kinds: Bridge to Paris Pepper, Joe’s Long Cayenne Pepper, Sweet Pimento Pepper, and on a whim: Doe Hill Orange Pepper – those seeds were old, so I wasn’t counting on them. A few leeks have popped up. Onions? Not so much. But those onion seeds might have been a little too old, as well. I had thought I ordered a new pack, but when it came time to plant, I couldn’t find the Early Dawn seeds that I thought I had, so used the older Clear Dawn seeds.

I decided to move the trays around two days ago. Those started upstairs by a heat vent in a spare bedroom did way better than those started in the basement on heat mats and under grow lights. Go figure! The two trays (72 cells each, so a LOT of potential plants) on heat mats under grow lights have not seen success. I’ve started seeds / seedlings this way in the past, and the only thing that is different this year is that I am using those trays with the hexagon-shaped cells.

Hmm. You know, as I type this I had a thought. Last year I used the Jiffy trays with peat pellets – about 56 to a tray – and those went on the heat mats under the grow lights. Easy to monitor watering and keep warm – but not dry out. This year: no peat pellets, used potting soil instead, and 72 cells to a tray.

Picture me smacking my forehead. This year I only used the peat pellets for the marigolds.

(Update, next time I’m ordering organic peat pellets from Grow Organic. Everything will be started in the peat pellets.)

I bet that’s part of my issue. These 72-cell trays are too hard to maintain balance on the heat mats under grow lights: the inner cells dry out; the outer cells stay too wet from the condensation dripping from the sides of the cover. GAH!

Okay, well, so I have those two trays upstairs. Let’s see if I can fix this issue. I just told Mr. Gordon and he wonders if we should move these trays into a shallow tray and water from the bottom so that water wicks up. Hmm. This might be a good idea to implement.

Hopefully I’ll have something good to report in a future post about those tomatoes, cucumbers, and zucchinis… keeping my fingers crossed that all of them sprout soon and grow strong! We count on them!

Have You Started Your Seeds?

Planted any seeds inside yet? How’s it going? Tell us in a comment below!