But wow, September? Whoosh. Here we are.

I hope you had time to read August Life, Sliced and Diced (lots of photos) because this post below is sort of the wrap up to all things August.

We knew when we were building the coop that we wanted to make sure we had gutters to help keep the run ground dry, as well as the area around the run. We picked the highest and driest spot for the coop’s location, but we also knew that it would be wise to add gutters as soon as we could.

You might remember that this past spring was NOT our friend when it came to weather. Here we are building the coop in the snow. In May.

Always something, eh? Since we would not be able to complete everything for the coop before the chickens moved in, the gutters would be a later add-on item. So, here we are, putting ’em up at the end of August. The weather was much better. 🙂 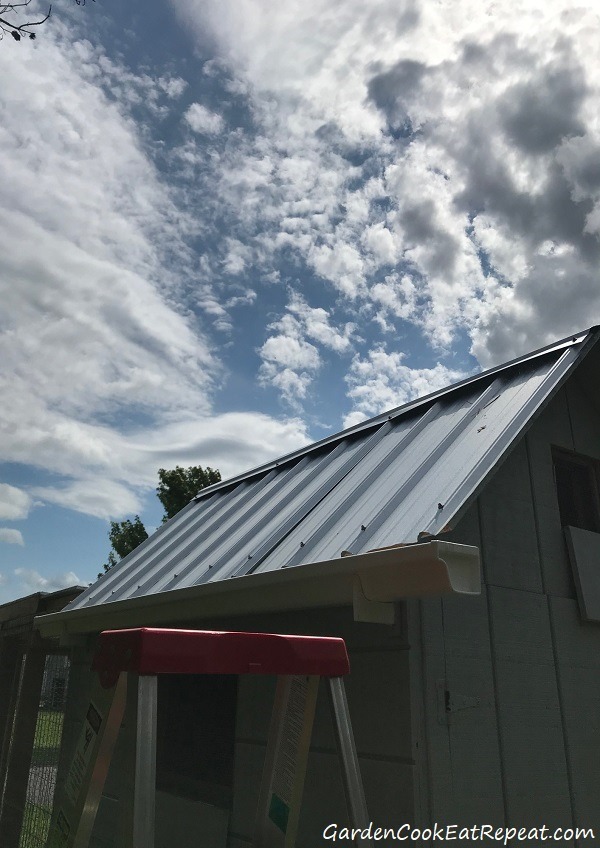 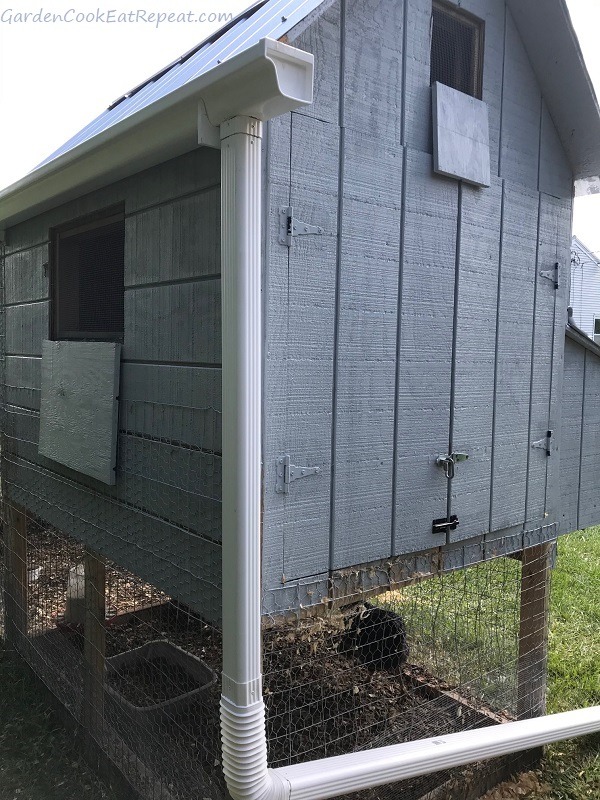 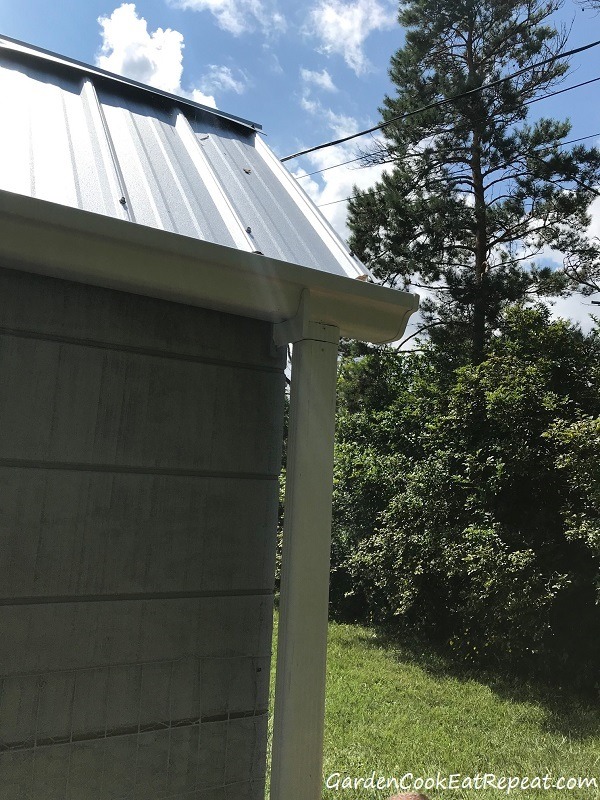 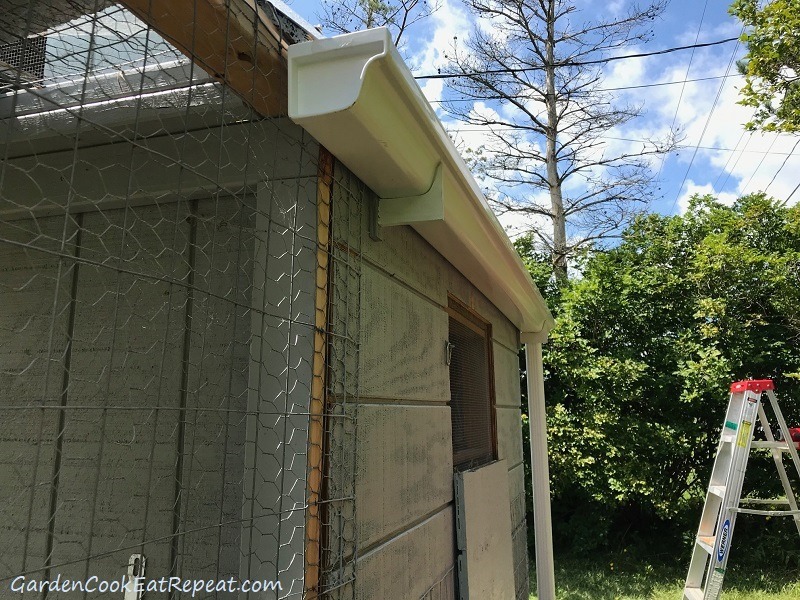 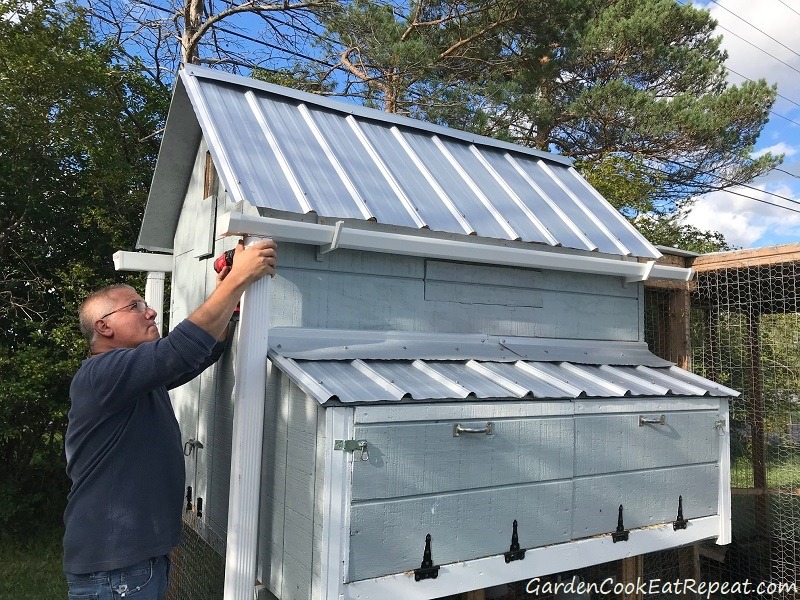 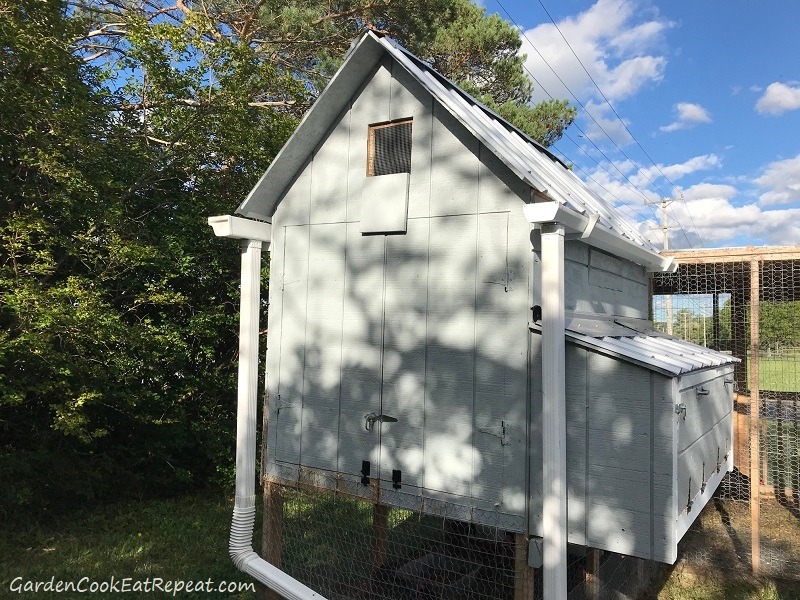 Actually, the gutter installation was pretty much a one-person-project. Thanks, Mr. Gordon!

Now we will see how they handle the rain. We had some pretty heavy rainstorms this summer. Admittedly, the run only got wet from the blowing rain. Still, this will help – especially any splashing into the coop through a window from runoff from the roof. We will keep you posted.

Oh, and by the way, we have decided that these are the most expensive eggs ever.

Next coop project: preparing windows for winter. I have ideas. I think Mr. Gordon dreads when I have coop ideas. 😀

Now isn’t this a pretty picture? 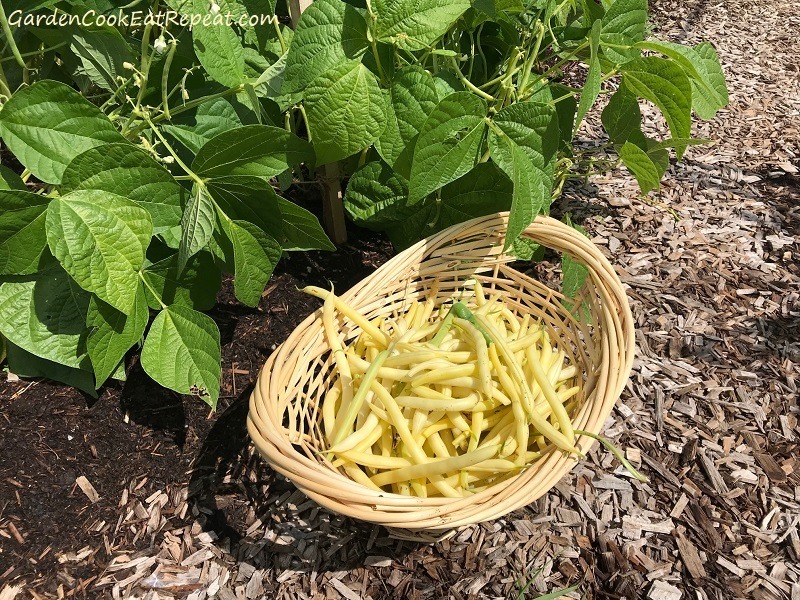 Oh, these are wonderful! Great bush bean variety. Five of the nine plants we put into the garden came up. They are producing quite a bit.

What we haven’t eaten gets a quick one-minute blanch in boiling water, then dropped into a bowl of ice, then bagged and frozen in 8 oz. amounts. These will be lovely over the winter. 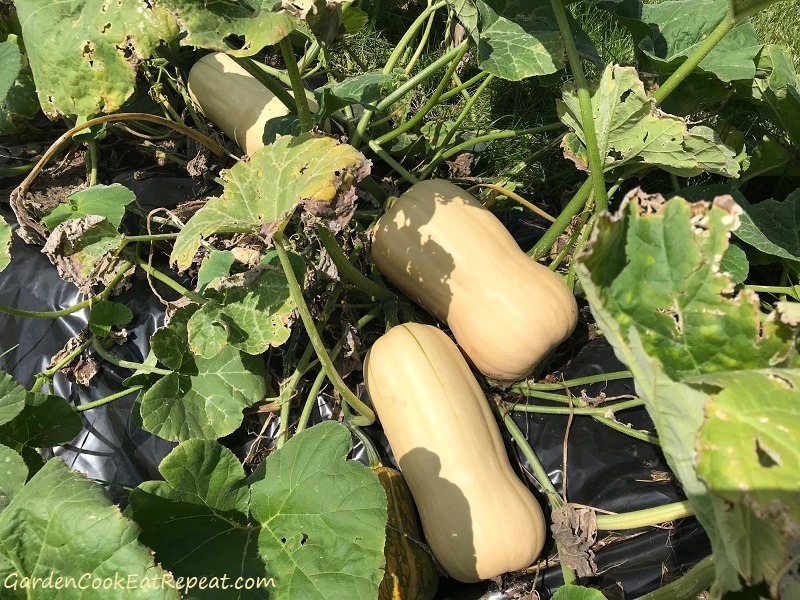 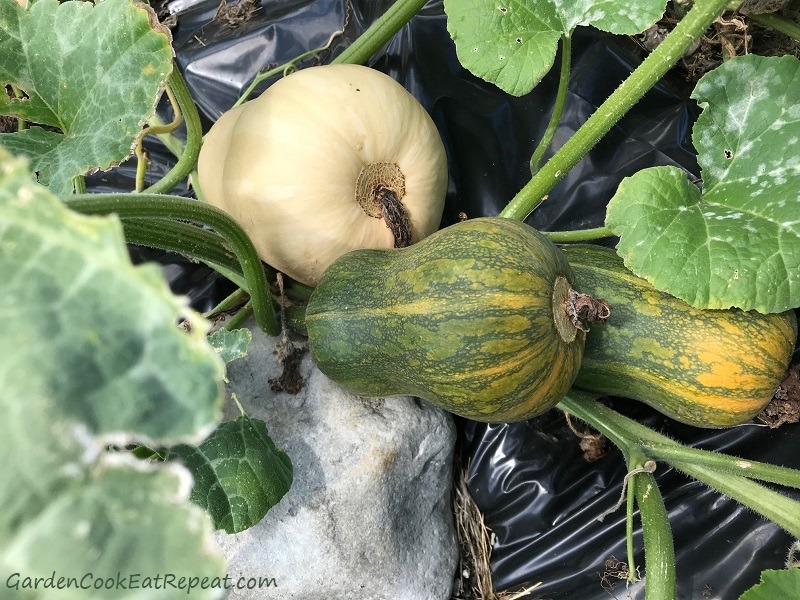 While the Blue Hubbard Squash plants died out after they started to fruit (so disappointing), we are going to have a pleasant little harvest of Butternut Squash and Honeynut Squash (smaller versions).

So that’s the “topping off” of August! Remember to stop on by August Life, Sliced and Diced for a bunch of photos with updates.

Give us the scoop! 😀