This is the Year (or, Autumn and Winter Seasons) of Making New Soups.

While some folks might plan to take up a new hobby, or learn a new skill during the darker and colder seasons, I have declared (to Mr. Gordon mainly), that this is the season of new soup! Makes perfect sense. I love soup, I love to make soup… So there you go.

I use Pinterest to bookmark recipes to try. Now, I bookmark way more than I’ll ever actually try out, but I do have some gems in there. This past weekend when I decided to “get my soup on,” I took a peek at what I had saved. I had “pinned” this link / recipe from Spend with Pennies: Cabbage Roll Soup. My mother made cabbage rolls often when I was growing up. We loved them. This recipe looked so easy and sounded so good, it was a no brainer! I just needed to pick up the cabbage and half a pound of ground pork. I pretty much had the rest in my pantry. 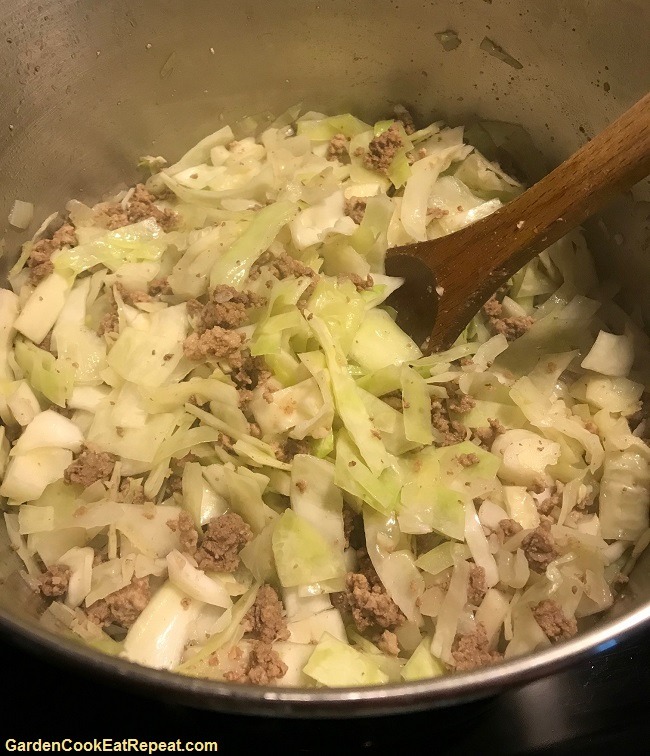 I followed the recipe with a couple of exceptions. While the recipe author recommended sauteing the cabbage for about 3 minutes, I went much longer – maybe 20 minutes. I wanted it to be really softened. I also used a pretty big “medium-sized” cabbage head. In the end, the soup was more “chunky” than soupy, but that’s what I intended.

Where she called for 1 and 1/2 cups of V8 or other vegetable juice, I used the tomato “juice” we had canned from last year. I also used diced tomatoes we canned in 2018 and 2019. 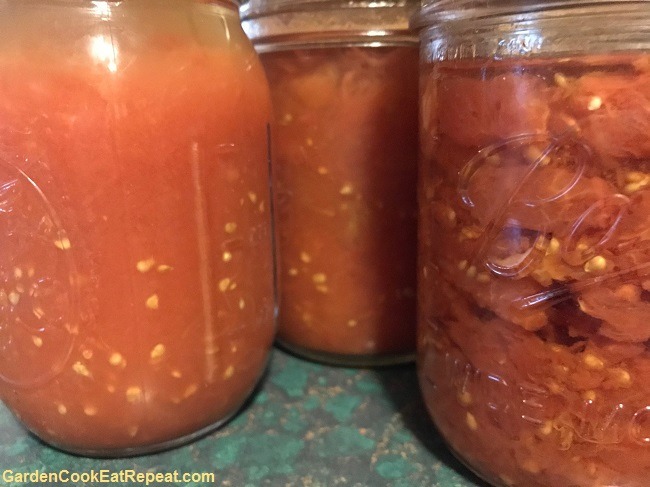 Where the author of the recipe called for uncooked long grain white rice, I used Basmati rice (my favorite). It’s a thinner grain, and in my opinion, it’s nicer in recipes. By the way, the kitchen smelled AWESOME. 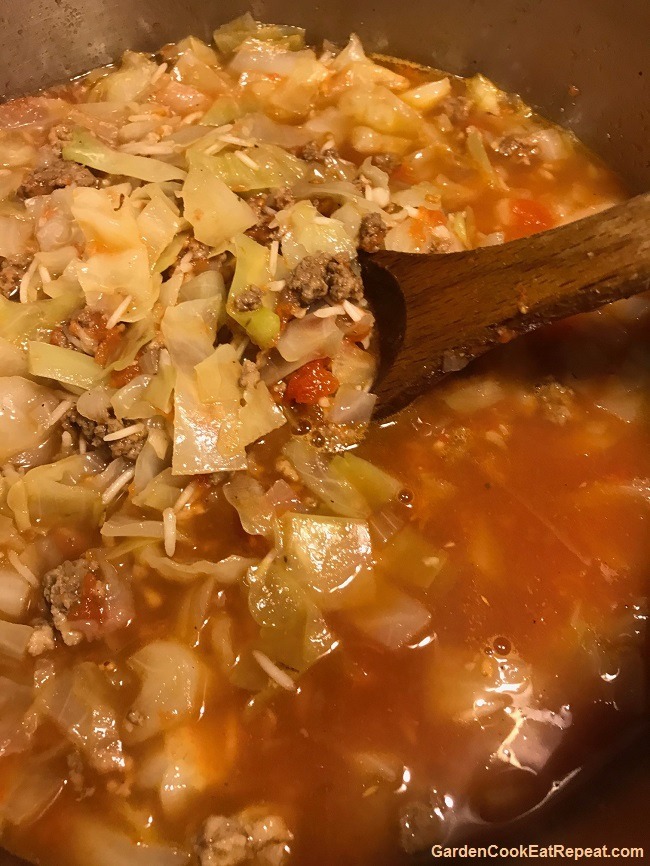 I also let it cook longer than she recommended. She recommended 25-30 minutes. I probably simmered it for close to an hour. When ready, into the bowls and capped with a bit of Parmesan cheese (the first night, shaved; the next meal, grated). 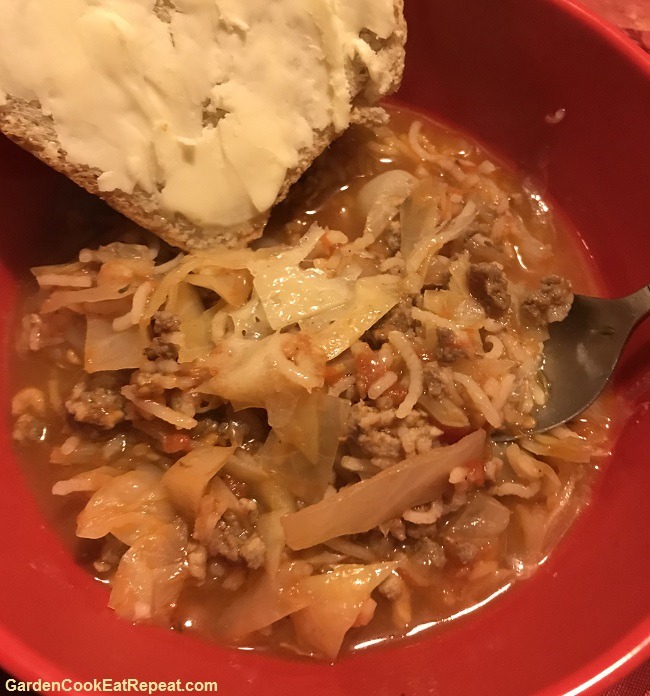 The verdict: I loved it. Mr. Gordon loved it, too. It was also excellent the next day – even better, actually. We plan on having it again for lunch today. Yes, it’s a hard life. (Ha!)

So, first “new” soup made and the results were even better than hoped for! Again, you can get the Cabbage Roll Soup recipe here.

If you make it, pop on back to this post and let me know what you thought of it and also if you added anything else! Or, let me know if you have a “new” soup to recommend! I’d love to learn about it.