That’s the sound of Christmas sweeping by. It was a wonderful holiday, and yet in a blink of an eye, it’s a Christmas Past.

Mr. Gordon and I got up early (as our habit) on the 25th, and after some coffee, exchanged our gifts. It was lovely, quiet morning. 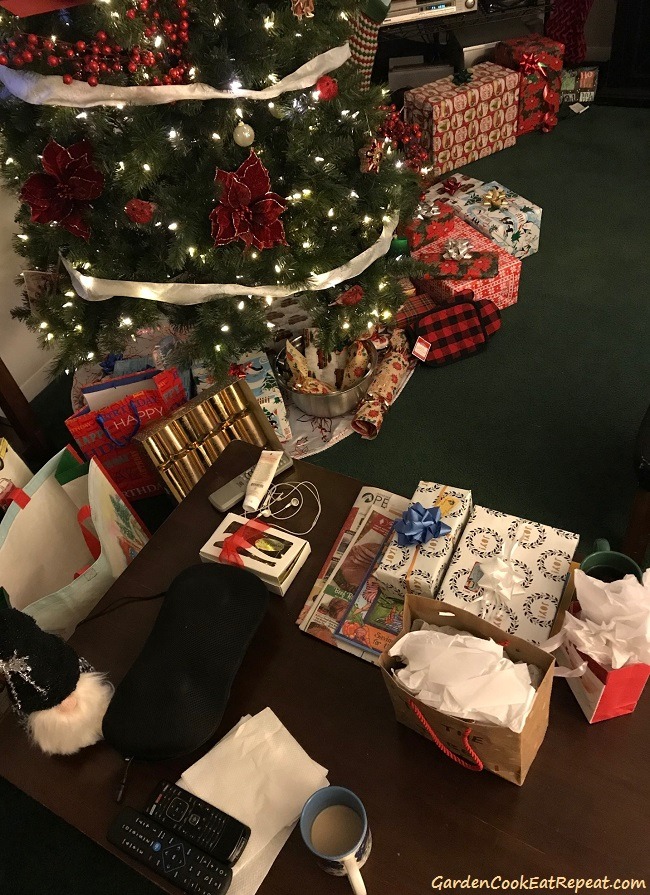 I actually gave Mr. Gordon his “big gift” around Thanksgiving. I had planned on checking prices at Kohl’s to see what kind of deal I could get compared to online options. Mr. Gordon was with me and I wasn’t planning on buying it then. I was just going to casually walk on by the box and eyeball the price.

Well… it was priced right (on sale) and also earned me a bunch of Kohl’s cash. It was better than the one Mr. Gordon had earmarked in his online wish list. So, I said: Merry Christmas!

Plus, BAGELS. The man makes me bagels! 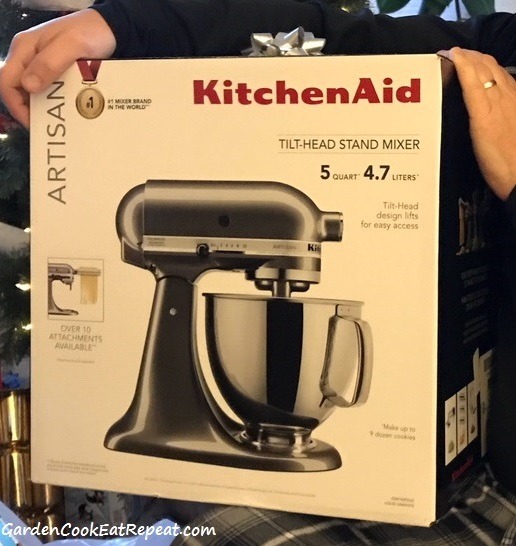 I also gave Mr. Gordon this hummingbird feeder (pictured below) and he really liked it.

We both like that it’s actually red glass instead of painted glass.

My big gift was such a surprise – and WOW! I was (am) so excited! Mr. Gordon, my own personal Santa, gave me a Canon PowerShot SX530 HS! 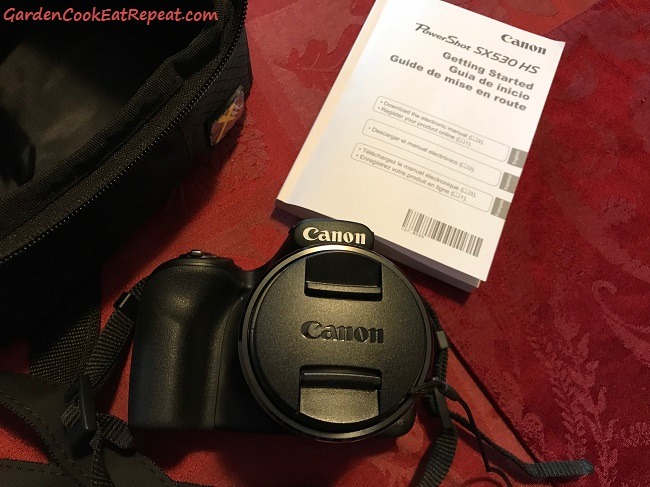 I’ve been wanting a nice camera for awhile now for taking photos for GardenCookEatRepeat.com and whatnot, and this was a totally unexpected present. I really am fortunate. 🙂

(As you can probably guess, the photos from this post are still photos we took with our iPhones. I mean, I had to charge the new camera!)

ALSO, Mr. Gordon’s son gave me a Canon Sure Shot 80u camera because I love film photography. That will be harder to master, but I am so pleased. Just so pleased!

Okay, a few more lovelies – and I’ll be getting to some great appetizer recipe recommendations below. Stay with me. 😉 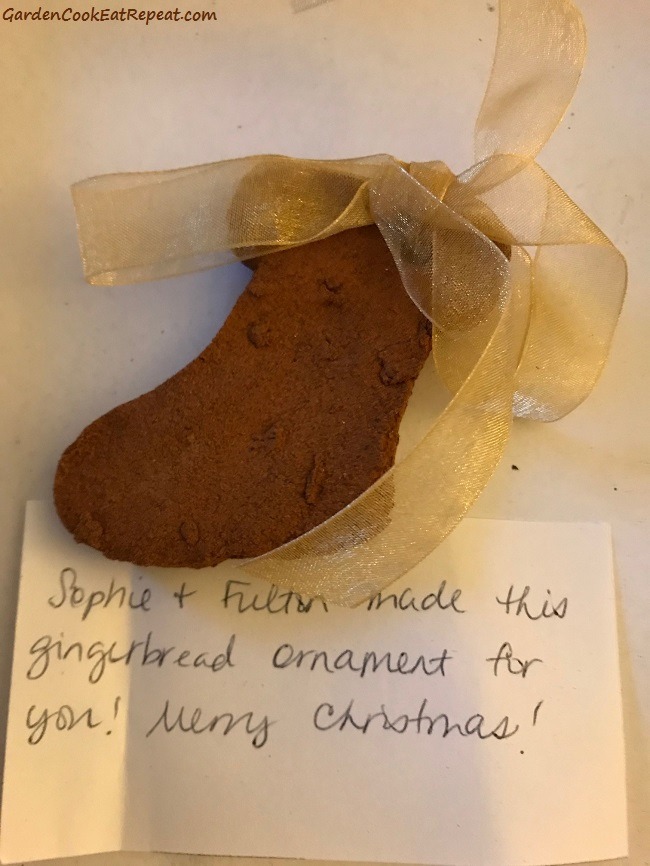 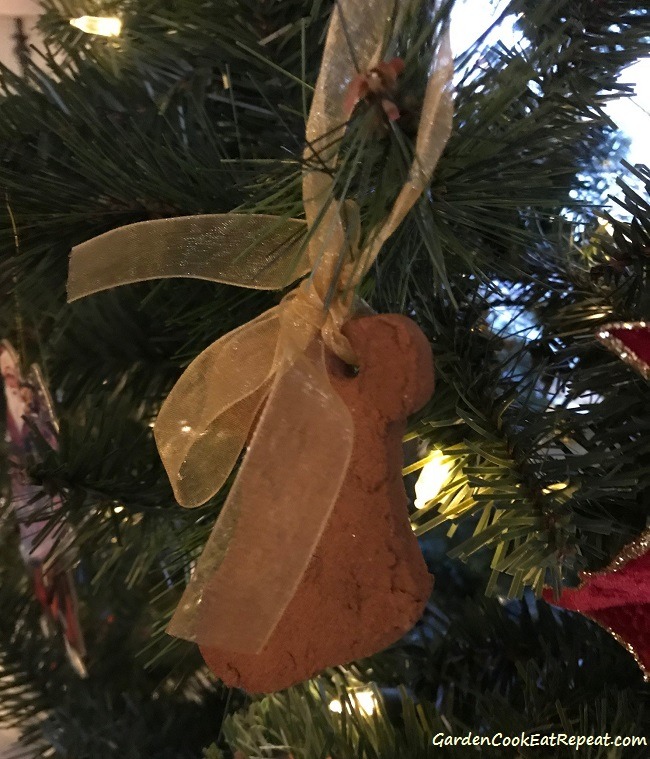 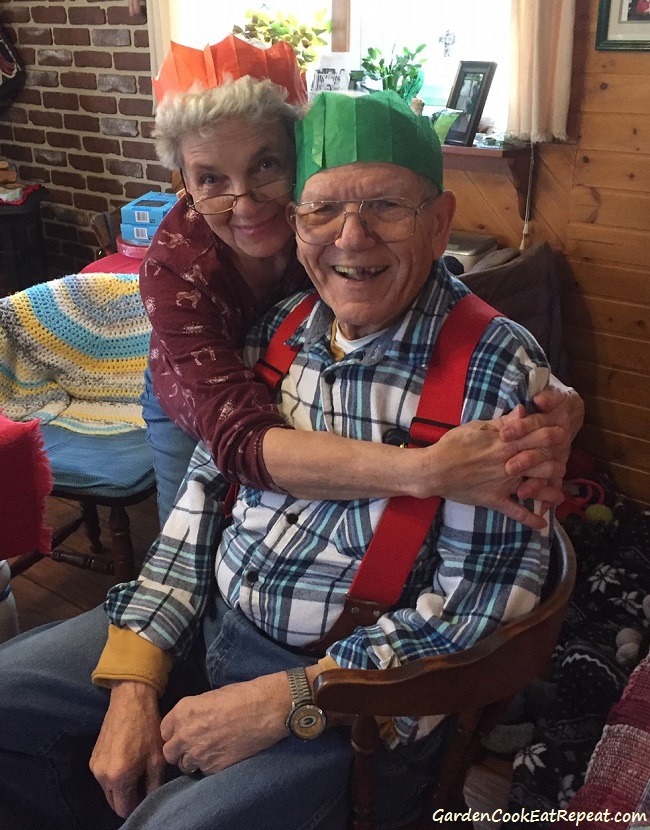 Ready for it? It’s the March of the Penguins! 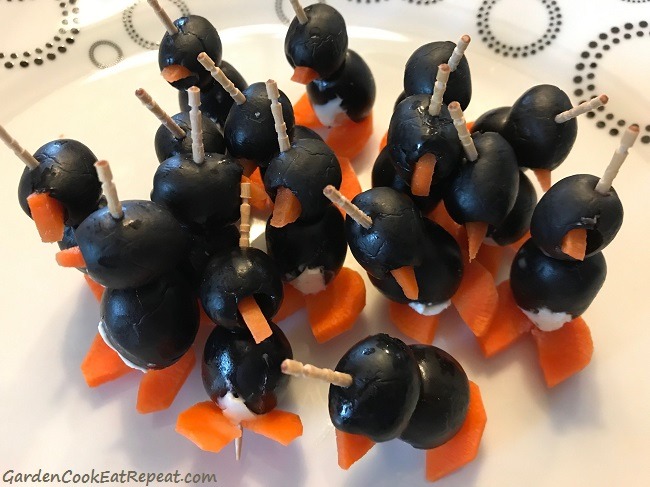 A Waddle of Penguins

If you Google “stuffed black olive penguins” you will get all kinds of recipe sites. Foodie with Family is one. I like her recommendation for the green onion scarves. One more note, I don’t like using the Neufchatel cheese she suggests, so I just used regular cream cheese. 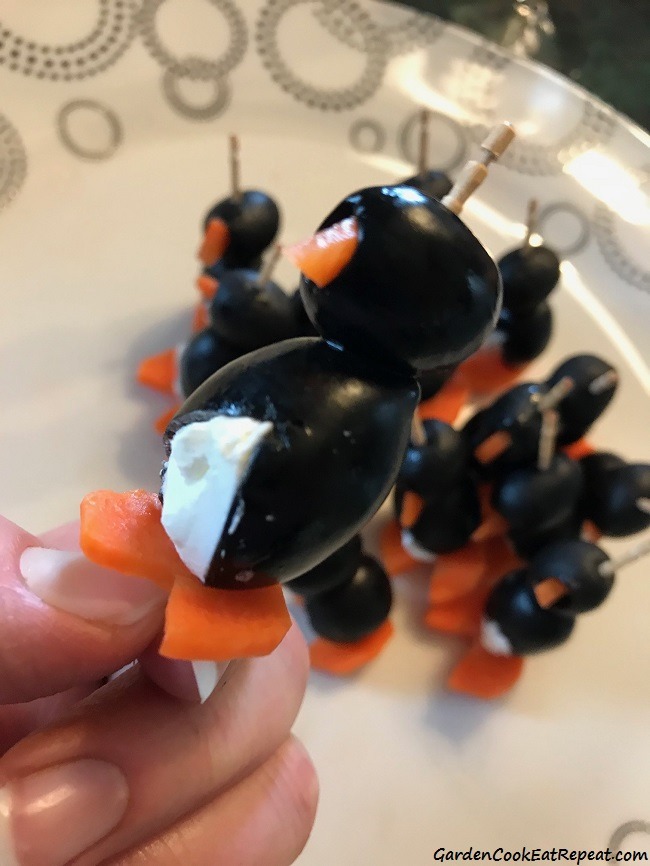 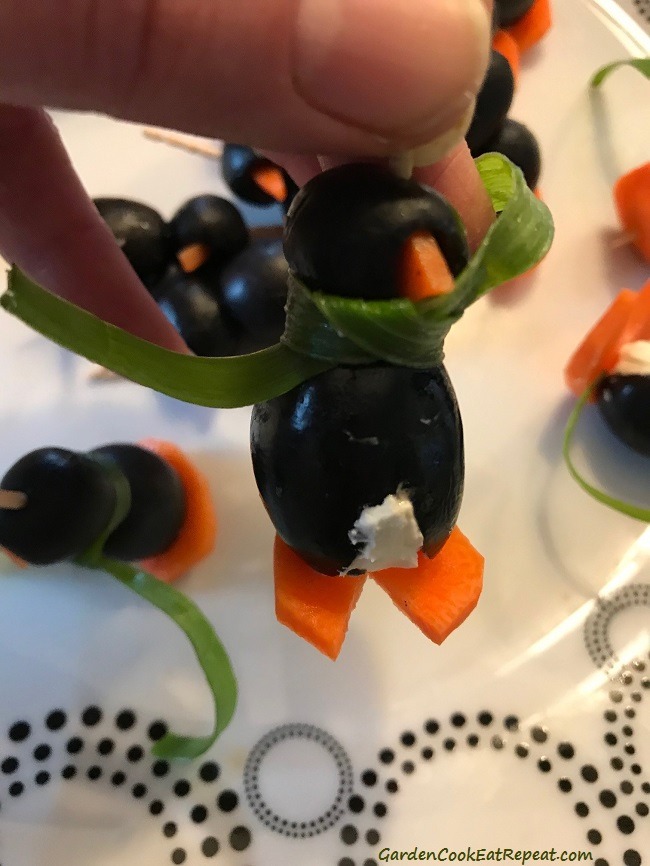 I also made this fun and tasty mini-sweet peppers appetizer recipe from Listotic. I pretty much followed the recipe exactly, using 3 diced jalapenos AND I went with her option to “dip your final poppers in shredded cheese for more cheesy goodness.” I rolled the cheese ends in a thicker shredded sharp cheddar. ALSO, the recipe author recommended making the day before. I was worried that the sweet peppers would make the cheese mixture inside watery, so I made them on Christmas morning. Not necessary. Turns out it would be fine to make the day before. The leftovers were great the next day – not watery at all.

I took 2-pounds of red, orange, and yellow mini sweet peppers and stacked them in a lovely, round pyramid for the presentation.

And… didn’t take a picture.

BUT, here’s a shot of the leftovers. 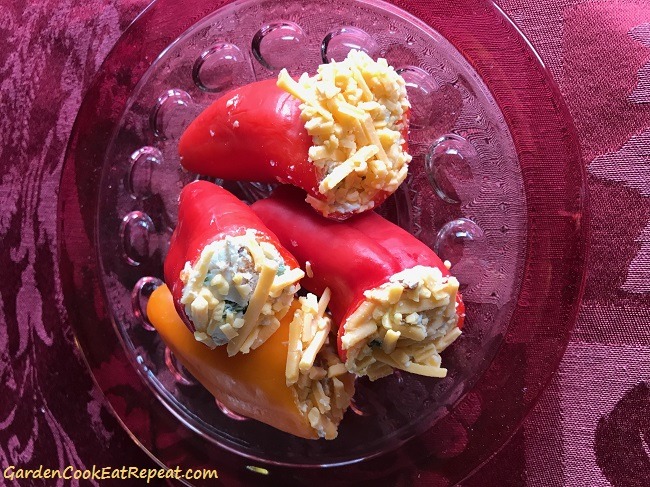 I also made these delicious Bacon and Chives Mini Cheese Balls from Diethood.

I was in such a hurry to get out the door to the family gathering, I forgot to take a photo of the mini cheese balls. ARGH. But check out the recipe on the Diethood site. I didn’t follow it exactly, but it was still very good!

Usually Mr. Gordon and I have the days between Christmas and New Year’s Day off from work. This year, Mr. Gordon has to go into the office. I miss him and I’m sure he’d rather be on vacation, but what a blissfully quiet December 26th for me.

I read, I wrote in my new 2020 planner (thanks, Sandy!), and I even napped for an hour – totally not something I normally do. 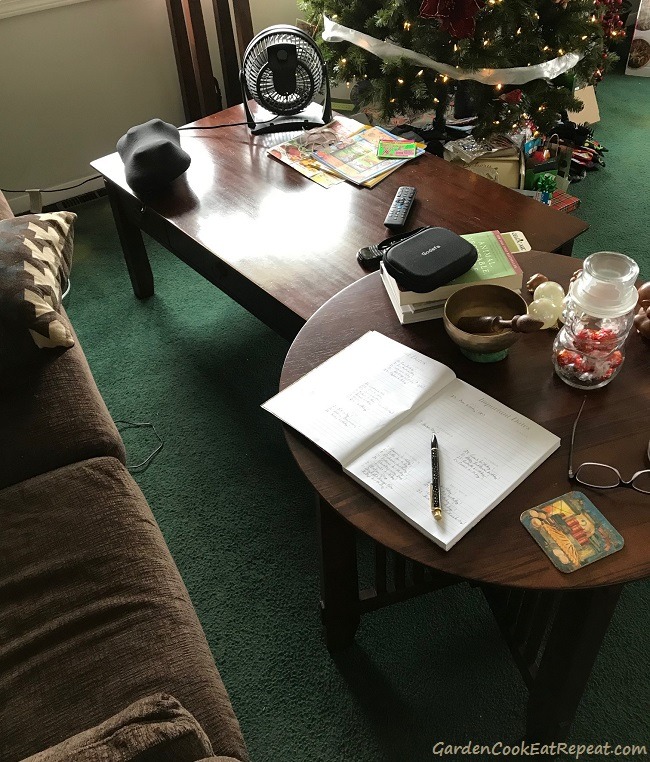 It felt glorious to “do nothing.”