I mentioned that the corn failed (no worries, will direct sow). Onions never sprouted (seeds old, ordering new seeds for direct sow), and the broccoli and Brussels sprouts failed to sprout as well. But, at this point:

Also have about 12 Sparky French Marigolds started inside- will also direct sow.

I will admit, it’s a bit of a pain moving them around the room to get the most light. Somebody come build me a nice greenhouse outside! 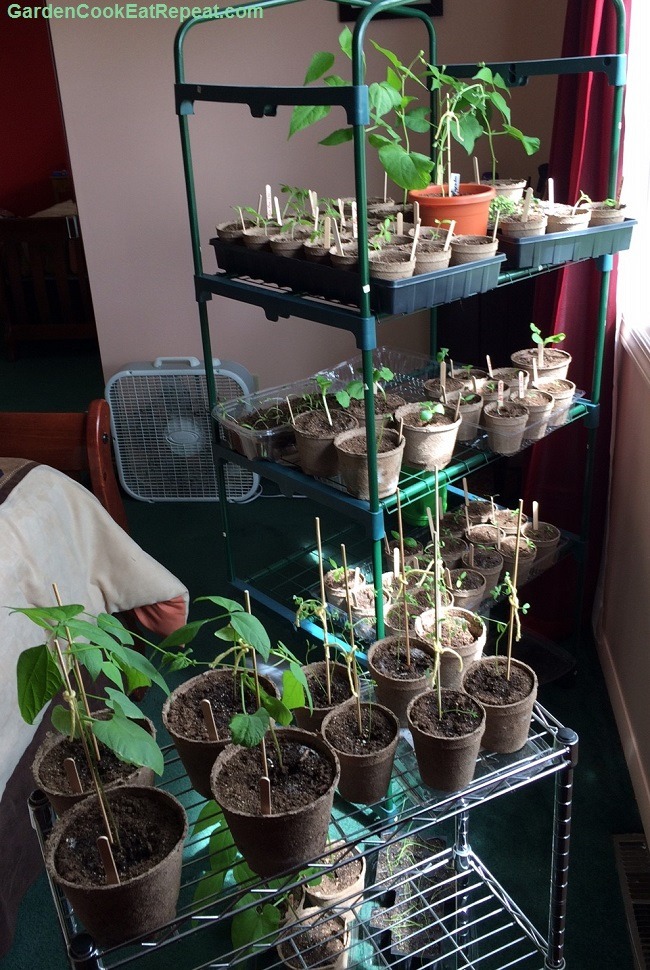 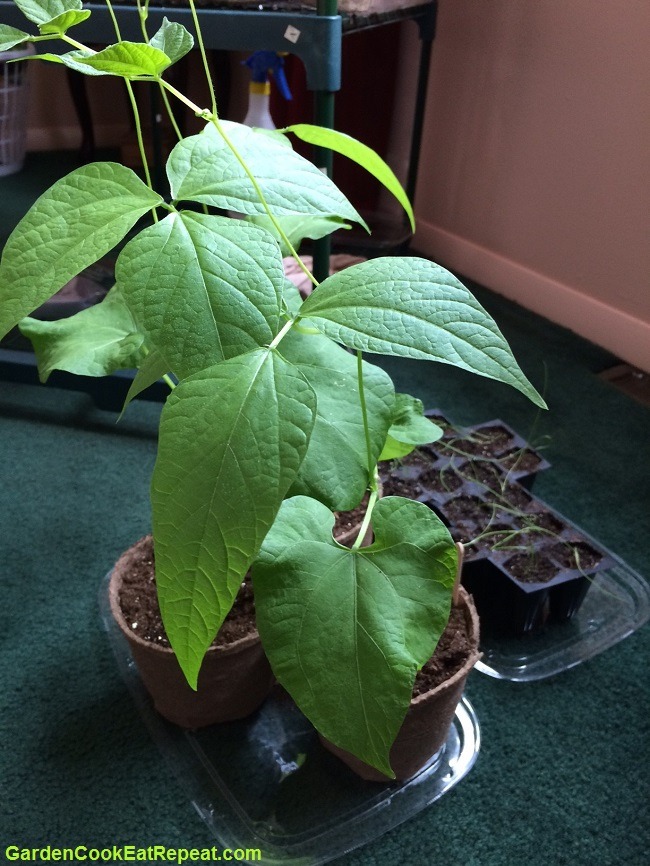 I’m so excited about the peppers. I hope they do well when we transplant them! 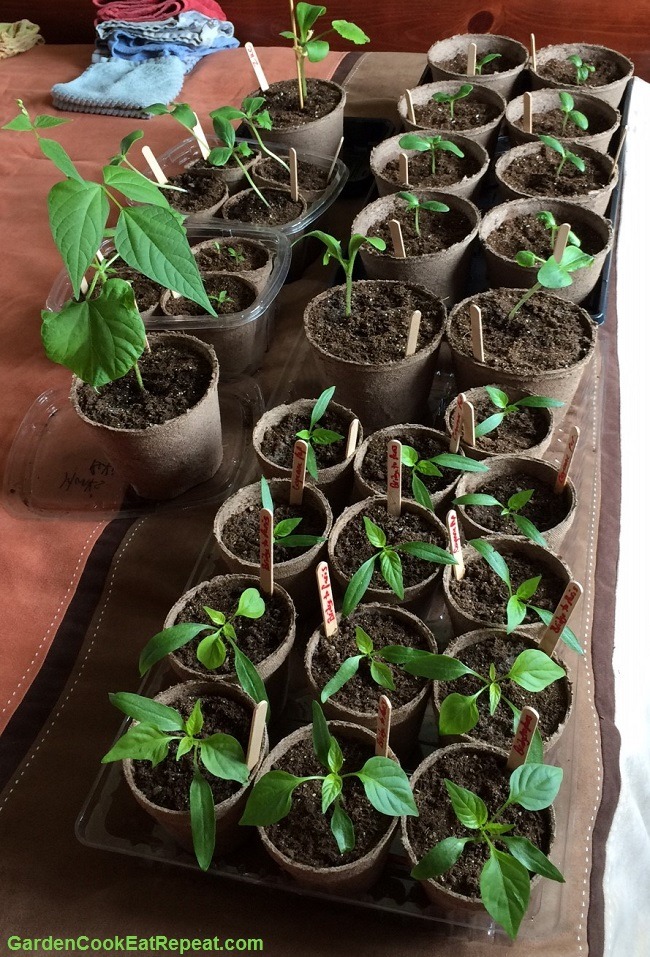 Ordered a couple of months ago and will be shipped this week: 3 kinds of potato seedlings from Wood Prairie Farm in Maine. Speaking of potato seedlings… er, scroll to see what we found growing in the basement. Looks like we’re planting blue potatoes again.

Me: Mr. Gordon, what is growing in the basement?
Mr. Gordon: I’m not sticking my hand in there. 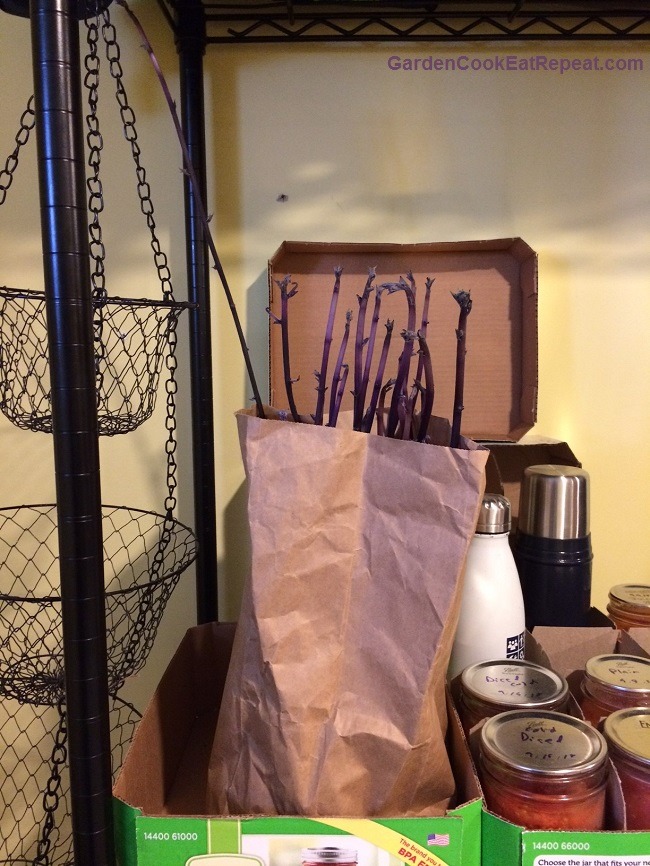 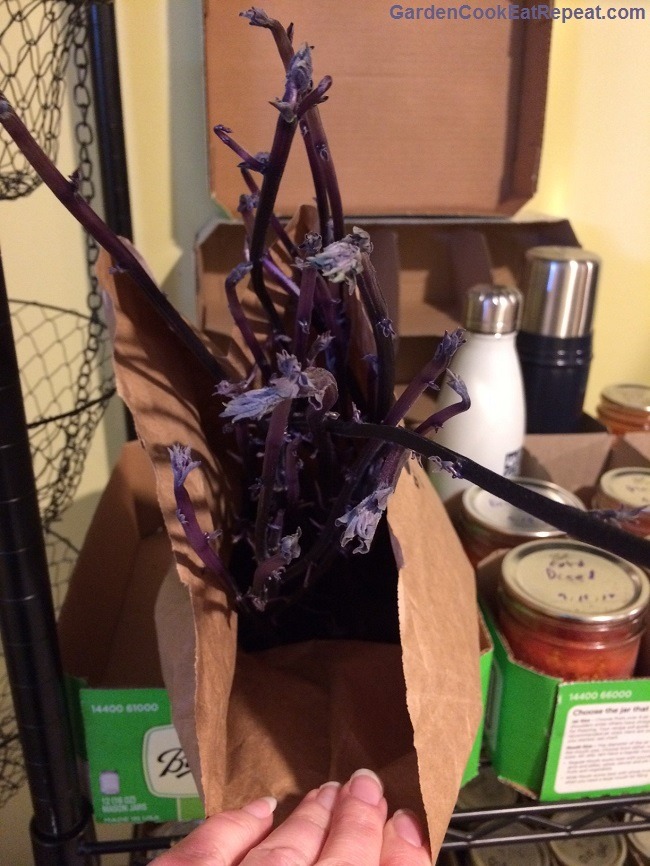 I haven’t even gotten to the medicinal seeds yet! Will direct sow outside…

Tell me how your seedlings / garden plans are coming along!